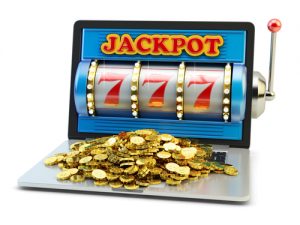 Let’s take a look at progressive jackpots; how they work, where you can find them and most importantly are they worth playing? What are progressive jackpots? As we all know a jackpot is the big prize on a slot. It can hit tens of thousands or even a few million pounds depending on the game. In regular slots, jackpots ranging anywhere near the millions of are rare, simply because the slot maker has to allocate the prizes on the assumption that more money will be played in the game in the total jackpot. Because of this a regular jackpot will never compare to the mega wins seen on progressive games. 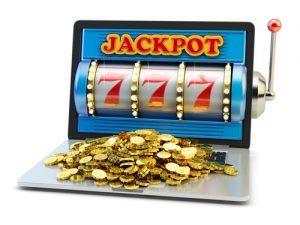 Progressive jackpot games allow the bigger jackpots because the prize grows continuously as the slot is played. A percentage of every coin spent adds to the progressive jackpot for a lucky winner to pick up later. Instead of guessing the chances of a player winning the jackpot, the jackpot simply grows with the number of people playing. This allows them to get much bigger, up to the tens of million, simply because the jackpot keeps growing until it’s won. Online casinos have made this possible because of their huge popularity and thousands of players. Progressive jackpots are the biggest because every player contributes directly to the pot!

How are they split up?

Jackpots usually come in three forms. You have major, minor and then mini jackpots. The major jackpot comes with the lowest chances of winning, while obviously, the minor and mini jackpots can be won more regularly, with a lower prize. They all tick up as players spend coins, but minor and minis stay lower as they are won more often and less coins are allocated to them, retaining the balance between the major and smaller jackpots.

How are they won?

Progressive jackpots are almost always won through bonus rounds. By spinning 3 scatter symbols, the slot will then open a bonus mode. Bonus rounds come in many forms, such as a pinball style game, or a wheel of fortune set up. From here you can win money as you usually would with any slot bonus. But in addition, you can also win a mini, minor or if you’re really lucky, the major jackpot. Progressive jackpots are very rarely simply won from spinning the reels. So you’re almost always going to see a bonus round first.

How do you win the jackpot?

If you are looking for strategy or tactics, then sadly we can’t help you there. Since the jackpot is won through a bonus round, each bonus mode is different, and since it usually has very little player interaction, there’s no real way to improve your odds. It’s all down to the luck of the spin. On the brighter side, since a jackpot can be won as part of normal play, progressive jackpots still make sense, as you can enjoy them like a regular slot, but with the added chance that a larger jackpot might come your way. It’s like a typical slot, but with more surprises in store. So if you’re a slots fan, there’s no harm in trying them out.

Our top three are Mega Fortune Dreams by NetEnt, Mega Moolah by Microgaming and the Mega Jackpot Range by IGT. All of these are made by the world’s biggest slot developers. They’re fun, they look great and they bring the biggest jackpots because of their huge player base. Mega Moolah recently broke the world record for the highest online jackpot of all time. So who knows, maybe you could be a record breaker someday too.